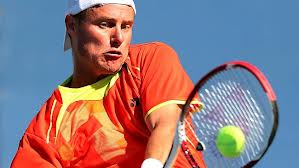 Mental toughness - what is it and how is it relevant to starting and running a successful small business?

Well one thing's for sure ..... If you've been running a small business for the past few years and you've been able to survive the GFC and continued uncertainty in the wider economic environment - then you've probably got what it takes mentally.

If you're  thinking of going into small business, mental toughness is a business capability that will be just as important in your commercial success as any other business skill such as planning, basic accounting or sales and marketing.


It's generally accepted that for any athlete to reach the elite level, they must possess mental toughness.

Over the years perhaps you may have seen as a spectator, certain "gifted" players competing in their selected sport - whether it was football, tennis, cricket, baseball, soccer or basketball for example, who seem to have been blessed with enormous natural talent. And yet some of these gifted sportsmen and women have failed to achieve the heights that their inherent potential had promised.

And you've seen other players with less natural talent go on to achieve victory and win respect for their sporting accomplishments. Why, many of us have asked at some point, did that person with all that natural talent, not win the race or win the tournament?

If we look at tennis by way of example, in 2001 Lleyton Hewitt won the US Open and in 2002 he won Wimbledon. At 20 years old he became one of the youngest players in the history of the sport to become the number one ranked men's tennis player in the world.

And yet as a player, his peers did not perceive him as having any particularly formidable tennis weaponry .... except for his tenacity. He possessed no killer serve, no knock-out forehand and wasn't very strong with his volleys at the net. But his opponents always knew that he would never give up!

Over the past ten years, Australians have admired him as a Davis Cup tennis player who many times has fought back from two sets to love down, to eventually win his matches in five sets. Hewitt was and is a spirited fighter - someone who you could trust would leave nothing on the court.

In many different sports, in contrast to Hewitt, we've seen other players at times that we've suspected of "tanking" ....... Maybe because it was stinking hot playing conditions, or perhaps the game seemed hopeless to them once they had fallen too far behind ...Whatever the reason, it seemed they had lost heart and no longer gave it their all, they would simply go through the motions of appearing to compete ..... But they just wanted to get back to the locker room, have a shower and wait for an easier game. It was not that they were lacking in physical fitness either - it was more they were lacking the mental stamina and the positive attitude necessary to endure the adverse conditions..

So what about mental toughness in business? ........  As you know, things do not always go as planned in business. Although good forward thinking should help to prevent many difficulties, never-the-less there will be some bad stuff that inevitably will happen. Events beyond your control will seem to come crashing down upon you and bring with them feelings of frustration, disappointment and maybe anxiety about the future.

For example, occasions when you might unexpectedly lose one of your biggest customers, or a new aggressive competitor enters your marketplace, or your computer system crashes and you lose important data, or sales plummet because of a loss of consumer confidence in the economy, or you discover that your business partner has been ripping you off .......

Mental toughness is having the stamina to persevere and the faith in your ability to bounce back. It's about putting your focus on finding a solution, rather than just complaining about the problem. And as Henry Ford said, "Think you can or think you can't - you're usually right"

Mentally tough people are resilient. They bounce back from disappointments and look to the future with a positive mindset. They have a deep belief in the value of what they are doing and keep their eyes on their goal.

They have a strong work ethic and invest the time in relentlessly seeking to improve what they are doing. .

When things go wrong, they focus on what they can control - and quickly adapt to the things they recognise are beyond their control. They avoid distractions and also avoid making excuses - taking responsibility for any mistakes they make.

However they recognise that nothing great will ever be accomplished without periods of so-called "failure" ..... But they are not daunted by temporary set-backs. They look for the learning to be gained from their experience, and then focus on doing things better next time. This type of thinking means they are not constrained by a fear of making a "mistake"

As an entrepreneur and small business owner, you might gain some inspiration from remembering that Walt Disney was millions of dollars in debt before his company became a giant. He said "Although you may not realise it at the time, sometimes a kick in the head can later prove to be the best thing in the world for you"

And let's not forget that Steve Jobs in 1985 was forced to resign from Apple - and yet came back to lead the growth of the company to become one of the most successful organisations of the past decade.

For most of us in small business, if success is to be achieved it will be accomplished over time and be measured in years rather than months (Although this is not true of all who have succeeded - there are examples of those who have quickly seized an opportunity in the marketplace and through their boldness have made a windfall profit).

However for most of us, the best advice is to recognise that small business success will be the product of a good idea, combined with careful planning, thoughtful execution and regular diligent appraisal of our progress. It is likely to be a success that is borne from taking a long term view of our business, and having the ability to rise above short term set-backs and persevere towards our goals.

In closing, let me share with you some words from the Scottish poet Robert Burns that come to mind when reflecting on the nature  of mental toughness and the challenges of running a successful small business
"Courage does not always roar like a mighty lion ....... Sometimes, it is but a small voice within, and it whispers to you quietly to get up and try again tomorrow"

By the way, if you're interested in reading more on how to cultivate the right attitude for small business success - then have a look at Developing Positive Thinking and some more great advice can be found in Self Motivation Tips

Brian Carroll is the founder of Performance Development, a corporate training company based in Melbourne that specialises in management skills training, leadership development and executive coaching.
Posted by Brian Carroll at 7:38 PM 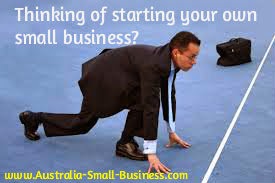